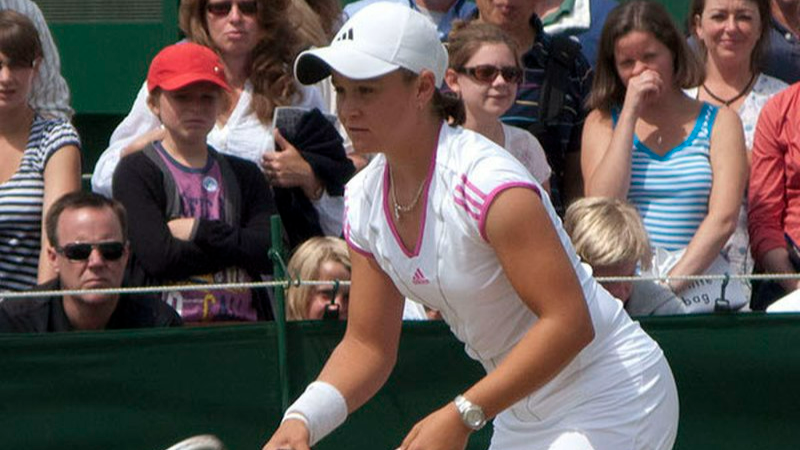 Ash Barty’s request for 2019 winner Simona Halep to open proceedings on Centre Court at the 2022 Wimbledon Championships was declined, and World No. 1 Iga Swiatek was awarded the honours instead.

Due to the Covid-19 pandemic, Halep, 2019 All England Club champion, was denied the tradition of opening play on Centre Court in the 2020 tournament. It was cancelled for the first time since World War II.

The Romanian champion was later ruled out of the 2021 edition due to injury, giving Barty the honour of playing the first match on Centre Court that year.

The Australian said she was humbled by the honour at the moment and felt terrible for Halep as she didn’t get to experience it herself.

While Barty has been out of the game since retiring, she appeared to weigh in on the discussion about who should open Wimbledon in her absence in 2022 last week.

According to Barty’s coach, Craig Tyzzer, Halep should receive the award because she was unable to compete due to the pandemic.

However, the All-England Club did not take Barty’s words to heart as Wimbledon announced that the World No. 1 Swiatek would start the proceedings against the French player Jana Fett.

Swiatek is said to be a worthy candidate, and she was almost certainly going to play first on Centre Court from the beginning.

Nonetheless, the move raised eyebrows in the tennis world, including Barty, because many fans wanted Halep to have her time at Wimbledon.

According to reports, Wimbledon organisers were concerned that Halep might miss the grand slam for the second time after withdrawing from the Bad Homburg Open on Friday due to a neck injury.

The decision, though, is most likely a precautionary measure to guarantee the two-time grand slam champion is fit to play at Wimbledon.

While Halep was injured last year, Barty was honoured to start proceedings as the World No.1. The Australian player voiced her disappointment that Halep could not take her place as the defending champion.

“With all my heart, I wish Simo was here to do it (start on Centre Court) herself,” Barty said after defeating Carla Suarez Navarro in the first round.

“She’s a champion. She’s earned the right to open this court.” Barty said of Halep.

“To be given the honour when I haven’t fully deserved it, I wanted to come here and pay respect to that,” she continued.

Barty concluded: “It’s an honour and a privilege, and I was extremely humbled when Jamie (tournament director Baker) asked me to come out here and play on this beautiful court. I couldn’t be more proud to be out here.”

Following Barty’s surprising retirement earlier this year, The Tennis Podcast held an online poll to determine whom fans thought should open Wimbledon in 2022.

Darren Cahill, an Australian tennis analyst and Halep’s former coach, responded to the post by saying that “this should be Simona Halep.”

“With Ash retired, the privilege and honour should go back to Simo. She has earned it as 2019 champ,” Cahill continued.

Tyzzer responded to Cahill’s post, claiming that the Australian champion had already made the same plea to Wimbledon organisers.

“Totally agree. Killer and I think someone may have already requested it,” Tyzzer wrote.

Swiatek’s selection over Halep has, inevitably, sparked outrage among supporters.