We’re already heading into the last Major of the year. Soon, The International will come, which means the best teams from all the region are already scurrying to gather every DPC point they can collect before the day of judgement comes.

For Dota 2 SA region, the teams grinding the most are Thunder Awaken and beastcoast. They both made it to the previous Major. Now, they’re trying their best to reach the next. Will one of them get left behind? Let’s do some analysis. 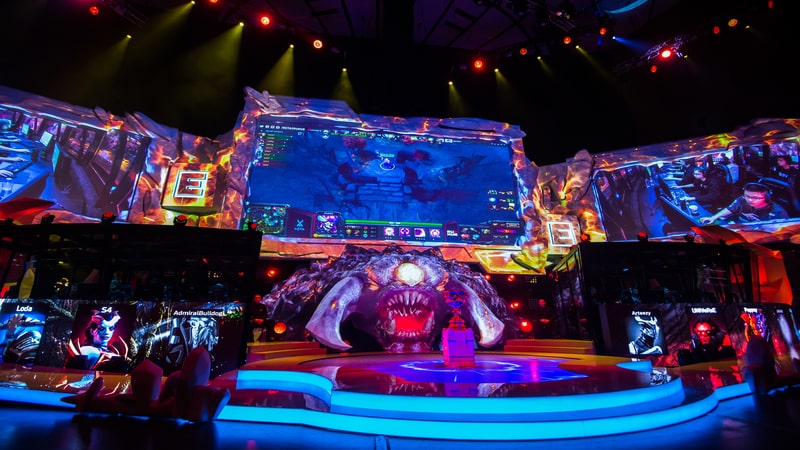 When it comes to Dota 2, SA hasn’t been the most popular region. A lot of people in the community won’t probably be able to name a South American team or two even if their lives depended on it. The good thing is that, as you’ll see, we’re seeing some changes caused by the elite teams reigning in here. And by elite teams, we mean Thunder Awaken and beastcoast, of course.

Thunder Awaken is undoubtedly the clear favourite here. The team has been around since 2017, and they’ve seen some ups and downs throughout its brand’s existence. One of their most notable achievements is making it to The International 2021, where they finished 17-18th (last place).

They had a different roster back then. Soon after their quick venture at TI, the team would hire players Christian Antony “Pakazs” Savina Casanova, Herrera Martínez “Darkmago” Oswaldo Gonzalo, Farith “Matthew” Puente, and Jose Leonardo “Pandaboo” Padilla Hernandez, wiping the slate clean for a fresh start. Rafael “Sacred” Hinostroza Yonatan was signed in February this year, while their new coach and analyst Juan David “Vintage” Angulo Nicho joined in March.

With these changes, Thunder Awaken claimed 1 Tier 3 event and 3 Tier 2 events, including DPC SA Tour 1 and 2. This allowed them to go to the Stockholm Major along with beastcoast as SA representatives. While they got immediately shut down by Tundra Esports and OG, their attempt was a win by itself.

Whenever Thunder Awaken goes, beastcoast goes. Unlike their rival of a brother though, this team has been through thick and thin. Their players Héctor Antonio “K1” Rodríguez, Jean Pierre “Chris Luck” Gonzales, Adrián “Wisper” Céspedes Dobles, Elvis “Scofield” De la Cruz Peña, and Steven “StingeR” Vargas have been playing together since 2019. Even before they got signed, they already had a history in their previous org Team Anvorgesa.

Sure, beastcoast is the underdog in the match, but you’d be wrong to think little of them. In the Stockholm Major, beastcoast took on TI 2021 champions Team Spirit in their very first series at the Lower Bracket, and they made the impossible possible. Not only did they beat Team Spirit 2-0, they did it to eliminate them from the Major. Those who missed the chance to believe in and bet on SA Dota that day skipped on a fortune, as the best esports bookies were offering odds higher than 5.00.

They would go on to get eliminated themselves by Gaimin Gladiators soon afterward though, in the same Quarter Finals that Thunder Awaken got kicked out of the event. They finished 5-6th, and that was pretty much their year so far.

The upcoming fight between Thunder Awaken and beastcoast could determine which would go to the Arlington Major. Right now, they both have 5-1 in the DPC SA Tour 3, but the stakes couldn’t be higher as Infamous, another SA team, is fighting for their own opportunity to get to the world stage with a 4-2 standing.

Most bookies, including Bet365 esports, are offering around 1.60 for Thunder Awaken and 2.20 for beastcoast to win the series. The gap isn’t that profitable, which goes to show you how close these two teams are in terms of strength.

Why You Should Bet

Whoever wins would go to the Major, though, which means more opportunities to go to TI 2022. There will be no holding back, and we could see extreme swings in odds. If you want to bet on SA Dota, this is definitely the time.