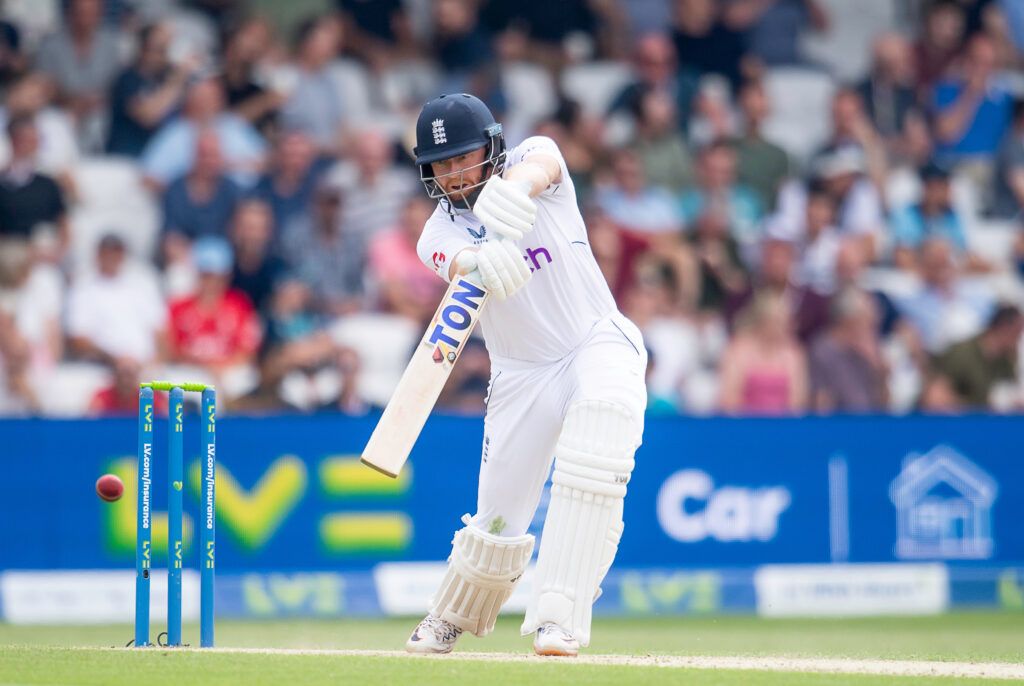 Jonny Bairstow recorded a century for England on the third day of the Fifth Test against India. That being said, India is still leading the series 2-1.

While Bairstow’s 106 included 14 boundaries and two sixes, his England team gave up a 132-run lead after team India bowled them out for 284.

“I’ve never been a great technician, have I?” Bairstow said after the game. “That’s why you lot have torn me to shreds a few times⁠—going leg side of it, going off [the] side of it, bowled through the gate. Nah.

“Genuinely, I’ve not really thought of technique and stuff like that to be honest with you. I’ve just stripped everything back and trying to focus on watching the ball. There’s my honest answer.”

Nevertheless, team India is likely on its way to winning the series 3-1, considering the current situations of the two teams.

Barstow accelerated from 16 to a century in only 54 deliveries. He overwhelmed the opponents’ fast bowlers with one-bounce fours and hooked for six.

Bairstow was involved in an altercation with former team India captain Virat Kohli. Stump mics recorded Kohli telling Bairstow, who was whining about the performance of his England team, to shut up.

The umpires intervened, resulting in Bairstow patting Kohli on the arm. Kohli later blew him a kiss as he sent the England player out.

Bairstow said the incident was just two players being “passionate” while representing their respective countries.

“As I mentioned earlier, there was literally nothing. We’ve been fortunate to play against each other for ten years. So, I’m pretty sure we’ll be able to have dinner. Don’t worry about it,” Bairstow said of the incident.

“We’ve played against each other for a solid 10 years now, so it’s a bit of craic. We’re fiercely competitive on the field and that’s what it’s about. We’re playing Test cricket, we’re two competitors, that’s why we play the game and that’s what brings the best out of us. You want to be out there, you want to do your best and you want to win. Whatever it takes, you want to get your team over the line.”

Prior to the shushing incident. Bairstow had scored 13 from 61 balls. He went on to score 93 of his next 79.

Despite his feats during the three games, former England player Graeme Swann described Bairstow as a “shadow” of his former self.

“Jonny Bairstow looks like a shadow of the player who was sweeping New Zealand last week. He wasn’t up against a game of bowling at this level,” Swann said.

Previously in a home series against New Zealand, Bairstow scored 394 with a 120.12 strike rate. He carried the performance to the Test against India, but his England team did not.