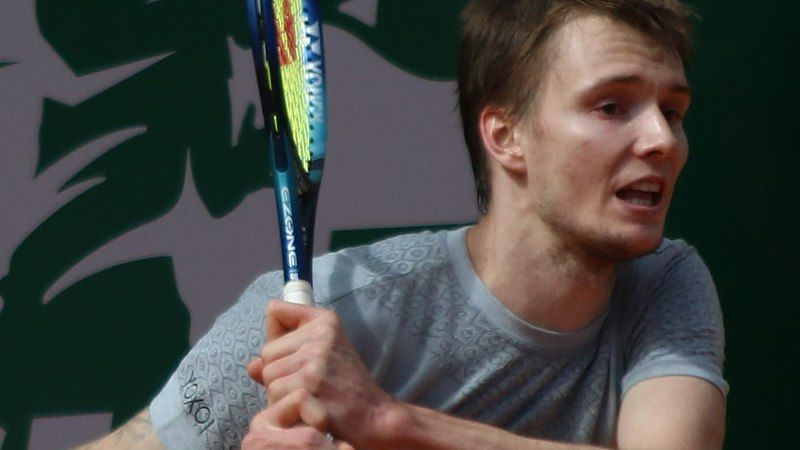 Kazakhstan’s tennis player Alexander Bublik won over England’s Andy Murray on Friday at Newport, by posting a 7-5, 6-4 win. This victory allowed Bublik to advance to the semifinals of the Infosys Hall of Fame Open. In the tournament, Bublik and Murray are third-seeded and sixth-seeded players, respectively.

The Half of Fame’s quarter-final was the two athletes’ fourth meeting this season. Bublik faced off with Murray at ATP Stuttgart last month and had to admit a 6-3, 7-6(4) defeat. The match was deemed controversial as Bublik had thrown profanities to express his frustration towards the court. He did not receive a penalty for this behaviour.

So far, in their careers, both tennis players have met five times. Four matches occurred this year alone. All of their face-offs always ended conclusively with straight sets. In total, Murray had won three times while Bublik got two wins.

Before the game, Bublik had told the media, “I’m engaged to play, I’m engaged to try to get as many matches as I can.” This statement showed in court as Bublik launched an aggressive tactic toward Murray. While his drop shots did not always reach the targets, Murray had trouble returning his harsh hits.

During the first set, Murray got 71.4 per cent of his first-serve points. However, Bublik had done better by winning 80.5 per cent of his parts. The Kazakhstani athlete also got a 12-edge in aces throughout the match.

The English player started the first set. Murray initially led the match but made a double fault that gave Bublik a chance to catch up. He expressed his disappointment by throwing his racquet into the net. Bublik performed a backhand that became a crucial point-break in the set and managed to lead the first set.

The second set was intense as both players scored one after another. Bublik earned the first score in the set by breaking a serve, but Murray retaliated with a service break to tie the score. In the next few games, the opposite sides also ended up with a tie.

Bublik regained his vigour when the score was at 3-3 and won the next two games. Murray made an effort to stop Bublik by giving rallies from 0-30 during his opponent’s service. The former number one player successfully earned the next game.

In the last game, Bublik did not give Murray any chance to take over. He served and came with a victory. However, the last match did not occur without any controversy as Bublik took time out before his winning game to complain about the line judge at the tournament.

This year was Murray’s first comeback to the Hall of Fame after 2006. “I’ve obviously had a lot of issues with injuries the last four or five years,” Murray said about this comeback.

“You never know how close you are to the end, but I’m aware I’m getting towards the end of my career so I make the most of every match and every tournament I get to play now.”

Bublik’s next challenge is facing Australia’s Jason Kubler. Kubler defeated James Duckworth in the quarter-final with a 7-5, 7-6 (3) victory.

Kubler has shown great performance in various tournaments this year and he even finished in the fourth round of 2022 Wimbledon. It is his career-best result in major tournaments.

Meanwhile, Murray will shift his focus to the hard-court season. He already confirmed his appearance at the Citi Open later this July. Murray also begins to prepare for the US Open which will be held next month.